Our first show of 2010 kicks off on Saturday, June 26 at 9 pm. We'll start the evening with Aaron Gibson's film, The Good Soldier. Shot on location at Rocktown Climbing Gym and in Norman, OK, this film has been recognized at festivals both internationally (Cambridge Super 8 Film Fest, England) and locally (deadCenter Film Fest, OKC). In attendance will be various cast and crew. The film will be followed by a short Q&A session. Copies of the film will be available for sale at the showing for $10 (also available online).

Following a brief intermission we'll then show a classic FEATURE film (~95 min) of a similar genre.

For additional details, sign-up on THE LIST and check your email for an update from Pancho here at the Renegade Picture Show.

The show will begin at 9 pm.

If this will be your first RPS, or if it's been so long you've just forgotten, here's some things you'll want to bring:
1) Some snacks
2) Drinks
3) Something to sit on (or in)
4) Bug spray
5) Maybe, a friend (maybe not)
6) Courtesy cash for donations (keep the dream alive)

Hope to see you all there! 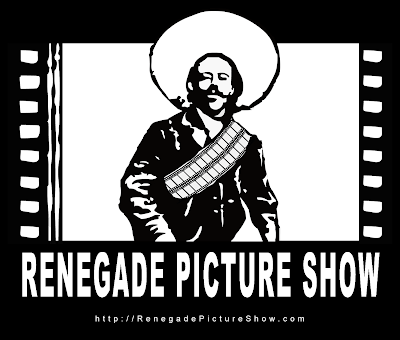